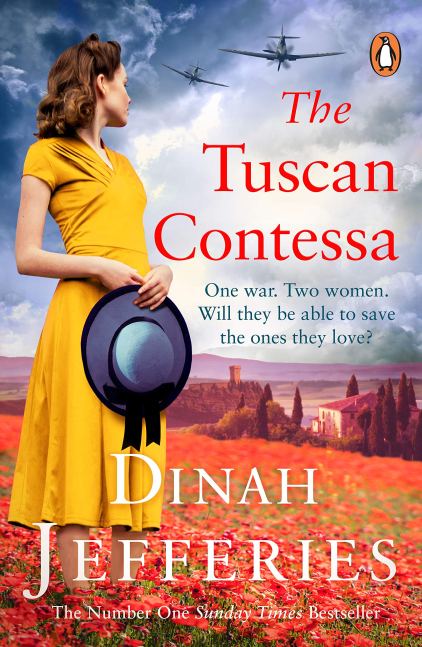 I’ve been an avid fan of Dinah Jefferies since The Tea Planter’s Wife; always entranced by her divine descriptions of far-flung places, historical detail and quietly powerful heroines. It’s always the highlight of my year when a new Dinah Jefferies novel is announced. My favourite is The Silk Merchant’s Daughter, which is set in colonial-era Vietnam. This latest venture has an experimental approach and is set in Italy during the Second World War.

The novel has everything to love about Jefferies’ writing; the stunning scene-setting that makes you feel the warm Mediterranean breeze on the nape of your neck. It’s about two fascinating and very different women who fight for their freedom and the men they love: elegant and refined Contessa Sofia, and confident and daring Maxine, an Italian-American spy. Like all Jefferies’ leading ladies, they have admirable courage and learn about their identity through place. It’s also brimming with emotion; comforting joy, age-old love, passion, heart-ache, striking pain and unrestrained desire. You’ll easily marvel at the sheer beauty of the Tuscan landscape contrasted with the horrors of the German occupation.

Unfortunately, I didn’t find this as strong as her previous work. I was missing the exciting build-up of a central love story from the old formula, as well as the unassuming nature of the heroine. Sofia and Maxine are different from Jefferies’ previous characters and I found it tricky to connect with them, especially as the focus was split between them. Some passages were also quite long and slow at times, causing the momentum to slip and feel scattered. Even though this wasn’t for me this time, I appreciate the author’s attempt to try new concepts, the gorgeous writing and careful research.

Many thanks to the Viking team for my copy! 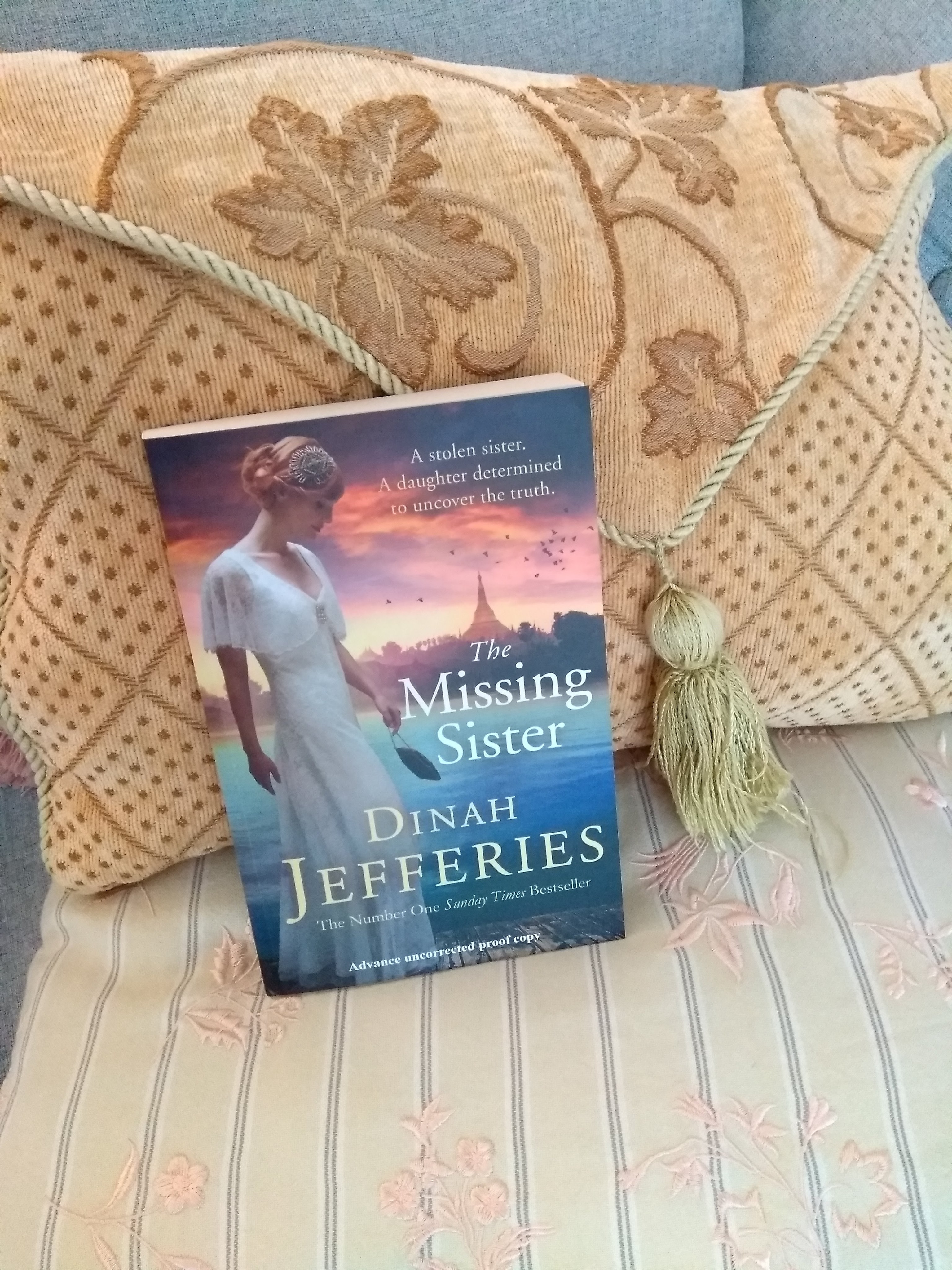 Another true gem from Dinah Jefferies! Packed with gorgeous detail, mystery, humour, and romance. Any season, any day, any time- a new Dinah Jefferies book will whisk you away into an exotic vintage dream. After a few pages of The Missing Sister, you will be strolling down dynamic streets of 1930s Burma feeling the humidity and getting peckish for the local food.

Jefferies is already established as one of my favourite writers, her addictive stories are always flowing beautifully as the far-flung settings she visits. The Missing Sister is the most mysterious addition to her repertoire. It is about a young English woman called Belle, who takes up a job as a singer for a hotel in Burma. Her father had just passed away and she has no connections left at home. She recently found a newspaper clipping that stated how her parents were living in Rangoon when their baby daughter disappeared; a daughter that they had before her and that she never knew about. She decides to go to Burma, still under British colonial rule, to see if there are any remnants of her parent’s history and her past.

Racial politics and mental health are the two main compelling themes, especially the treatment of women suffering from mental health problems. Ignorance is recognised as the biggest enemy. Interwoven with Belle’s new adventure are segments of her mother’s life from a few decades earlier. These chapters are written in the first person, which compared to Belle’s third person POV are a little jarring, but certainly, thicken the plot. I love how Belle begins to connect threads of mystery and how friendly characters she meets along the way appear disturbingly suspicious. Moving melancholia and heart-fluttering moments punctuate continuously- and what a wonderful ending!

Many thanks to Georgia Taylor at Penguin for my review copy 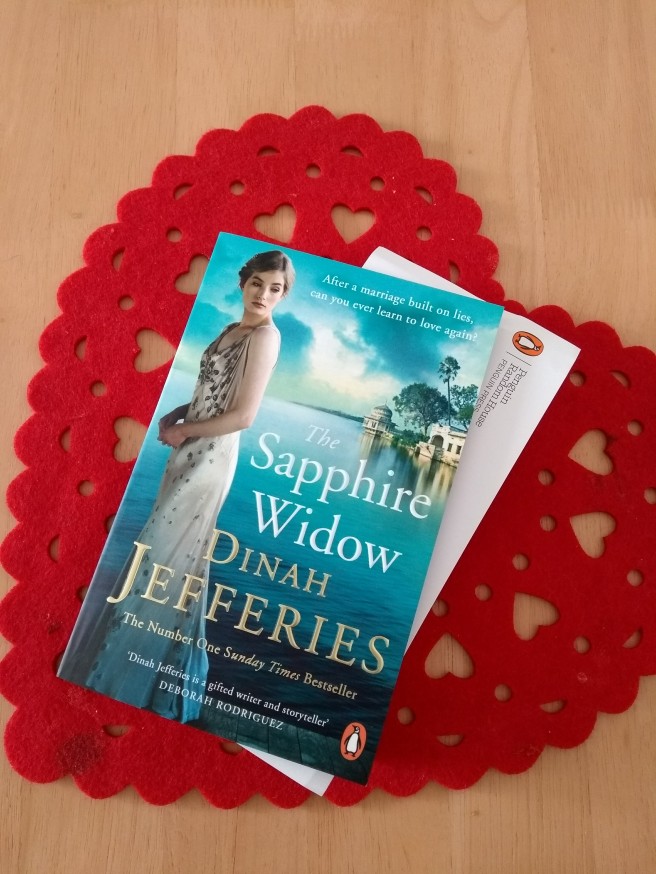 Courage. Grief. Passion. It always amazes me how Dinah Jefferies can create characters with such immense inner strength and intense vulnerability. Every year I wait to get lost in the sensory and emotional explosion of her writing. The Sapphire Widow is set in Ceylon during the 1930s. Louisa is a young wife besotted with her charming, handsome and charismatic husband Elliot. She is convinced they have the perfect marriage, but still struggles with their inability to have children and Elliot’s reckless behaviour. After the shock of his sudden death, strange mysteries and terrible secrets are revealed, exposing  a side of her husband she had never known or truly acknowledged.

This novel was a real journey. Amongst the utterly gorgeous descriptions of the everyday scenes, sights and smells of Ceylon, Jefferies unravels a compelling tale of heart-break and betrayal. The reader slips effortlessly into Louisa’s routine, her inner thoughts, needs and anxieties. We are gently eased into a story about marital issues, which at first appear typical, but are soon revealed to be tiny cracks towards a dark mesh of secrets. After news of Elliot’s sudden death, Louisa discovers each of these with thrilling fast-paced succession. Whilst she struggles to process the consequences of Elliot’s behaviour, the reader tries to catch up with the baffling and dangerous turn of events. We then follow Louisa’s attempts to pick up the pieces, find some sort of resolve and move on with admirable composure. Jefferies writes about grief with tenderness and delicacy.

There is a small but stable set of secondary characters lending both uplifting support and grating antagonism. Louisa’s path runs into Leo, an owner to a Cinnamon plantation where Elliot spent much of his time. Silent, steely and sensitive, Leo is blatantly Elliot’s opposite. Her attraction to him is immediate but troubling. Is it her vulnerable need for companionship or the start of a bond stronger than her whole marriage? As she tries to negotiate her feelings, there is no doubt that she depends on Leo, who is the only link to one of Elliot’s mysterious legacies. A really absorbing read.

Many thanks to Penguin for my review. Can’t wait for another story soon…

Read review of other books by Dinah Jefferies 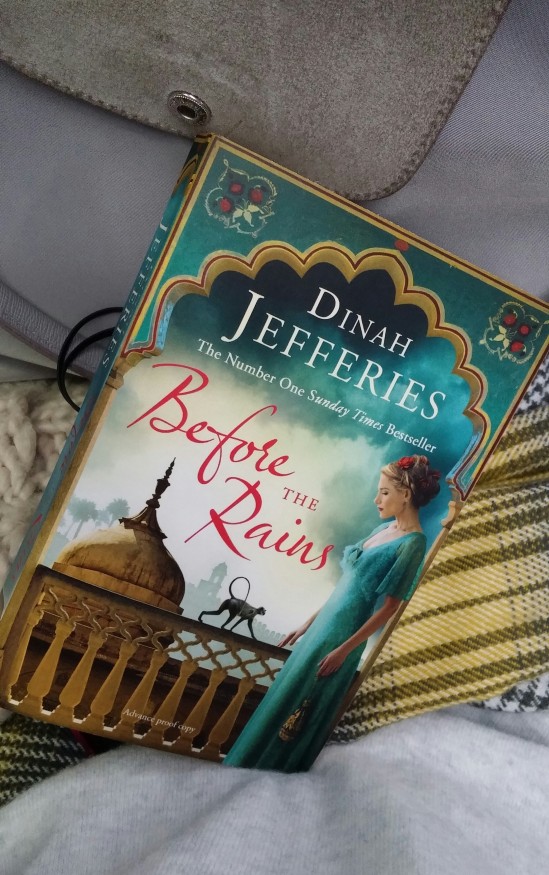 I am an avid follower of Dinah Jefferies, thanks to The Tea Planter’s Wife and even more so after the beautiful The Silk Merchant’s Daughter. Before the Rains is another installment about a plucky young woman overcoming personal struggles during the tumultuous period of her exotic setting and, of course, getting swept by a complicated romance.

Its 1930, Rajputana, India,  Eliza Fraser is a young widow and aspiring photojournalist with the first big job of what she had been told was an impossible career. She is sent on behalf of the English Government to an Indian princely state to capture images of the royal family, the first ever English woman to enter its impenetrable palace walls. Having lived in India as a young girl, she has a soulful connection to the country which only blossoms when she meets Jay, the Prince’s handsome and distant brother. Eliza enters the palace carrying her unresolved problems related to her father’s death in India, consuming guilt over her husband’s death and the alcoholic mother she left in England. Meeting Jay, who begins by being attractively disagreeable, helps her uncover mysteries of her past but throws her into a buffer position, having to navigate between England’s controlling grip and the might of Indian monarchy.

I wasn’t absorbed in this story as much as I was with Silk Merchant, the premise was not as heart-poundingly gripping for me. There is no question that the author delivers another vivid time portal, a VR version of prose. She captivates the reader’s senses with stunningly rich descriptions that read smoothly rather than in dense clumps. For about a week, I was in 1930s India, walking the shadowy halls of the palace with Eliza and smelling cardamon or riding into the dusty landscapes with Jay.

Yet the main structure of the plot was predictable but not in a comforting and satisfying way. The way events unfolded were far-fetched and felt more like the author connecting loose dots to summon meaning about fate and destiny. Some of the other characters felt like soap-opera stereotypes- the evil royal advisor, the long lost sibling. The relationship between Eliza and Jay had its sweeping and heady moments, but its whole appeal was of a forbidden romance guarded by race and ancient laws, hardly something memorable and absorbing. 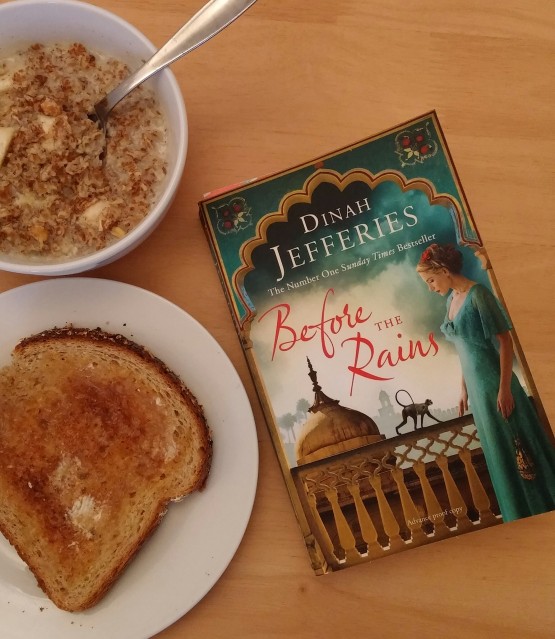