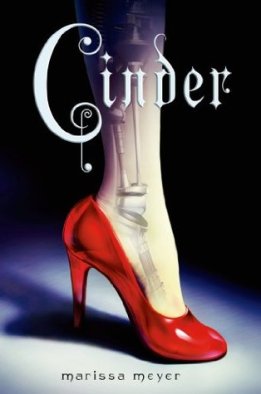 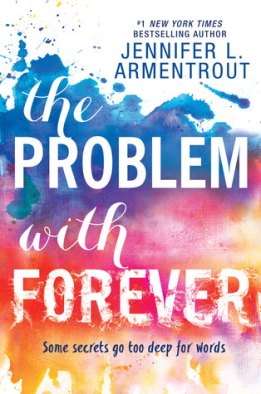 May has been a busy month. I pulled the plug and left work for various practical reasons (I assure you), but essentially it was so I can be a writer. Here, I think its apt to pronounce ‘writer’ with a US twang so it sounds like ‘riderr’. But anyway, I am going to focus on shaping this blog up and give freelance a whirl. It’s only with time to practice that I can become good enough to play with the big boys right?

I also read some books that didn’t fit in with my reviews. It’s only when I started blogging that I have become obsessed with my TBR (to be read) list and feel guilty  when I read something that’s been published ages ago and will put me behind with the trend. Which is silly- reading should only be pure enjoyment. I read and enjoyed To Kill a Mockingbird by Harper Lee and Americanah by Chimamanda Ngozi Adichie, both of which you can find on my Goodreads.

Here is a round up of other books I read in May:

His Wicked Wish by Olivia Drake

I read Bella and the Beast a few months ago and really enjoyed the mysterious Egyptian secrets plot and the hot characters. I felt like there was something different going on there. Romances can really fall into a plot-loop. The main appeal of them is the predictability- the reader loves feeling safe and fuzzy knowing what’s going to happen. It’s when we have the great characters and the plot-twists, the magic happens. But if you don’t, they end up reading all the same, the same conversations and dramas.

I felt like this happened with His Wicked Wish. The first half got me interested. Maddy Swan is an actress at Covent Garden who wants to open a shop. She decides that her best option is to become a mistress to one of the noble-men who are always lingering around the theater. But then Nathan Gilmore enters the fray and straight-up asks for her hand in marriage with the sole purpose of embarrassing his cruel father, an Earl, by bringing home an actress (gasp!). Maddy plays along, despite her dislike for the devilish rogue, because in fact her mother was the daughter of a duke, shunned when she married an actor- her father. So she would rise up society enough to confront her grandfather (gasp!) as well as have enough money for the shop. This build-up was fun because of course the two are attracted to each other.

But the second half of the book falls into the usual misunderstanding and stubborn behavior when the couple won’t admit their actual love. The result were paragraphs of frustrated conversations and solitary brooding. There are jealous brawls, a pregnancy, a kidnap and an overdue familial reunion, until the happy ending. This book also has many things I’ve encountered before: a cute younger sister, a knowing older maid, and a rapacious villain. I just yearned for something extra.

Many thanks to SMP for my review copy.

I got three books from the Lunar Chronicles last year during my publishing intern days. They remained on the shelf because I thought they might be too young for me.  I was wary it was another fantasy/dystopia saga that could get boring.. The Selection (3-4th book, just no) and Talon (book 3, such a shame, I kept falling asleep).

But the book was light-weight enough to take on a trip to Berlin and it was cropping up on IG all the time, so I thought I’d try it.

It knocked me out. I loved every page.

I don’t know what else to say to persuade you to read it, other than ‘read it’!

Cinder is the grimy-faced young teen, working endlessly as a mechanic for her abusive step-mother in New Beijing after the 4th world war- so we get a whole lot of new gizmos like Android bots (like in the movie iRobot with Will Smith), portscreens (advanced iphones), and cyborgs. And Cinder is an adopted cyborg, discriminated as a second class citizen because cyborgs are not considered human. Meanwhile an incurable disease is wiping out earth, and the evil Queen Levanna of the moon people (called lunars) threatens to take-over. (As a former Sailor-moon addict, I loved the references to it). When Cinder agrees to help the handsome Prince Kai fix an android, she get involved in all of the above. Secrets from her past are de-canned and out pops a whole new life she was clueless to. The author has created an exiting world and adventure with amazing characters you are instantly friends with. 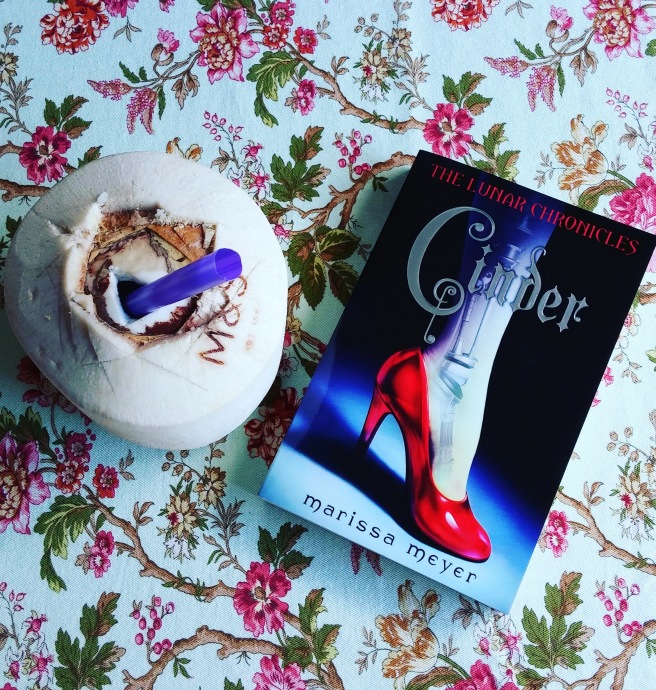 If you’re worried about another fairy-tale adaptation being cheesy, boring, cliche- don’t be. Where some bits were obvious, it still keeps it fresh. I am currently reading the sequel- Scarlett, where Meyer slips in another well-known yarn to continue Cinder’s story. We meet a young girl from France who is trying to find her missing grandmother and the only one who can help her is a strange but attractive street-fighter called Wolf. 200 pages in, its SOOO good… and I hear it gets better.

The Problem with Forever by Jennifer L.Armentrout

This was my first time reading this author- but heard wondrous things and was not disappointed. I loved it! Compared to my recent YA reads- not quite as good as Cinder or more appropriately Walk the Edge as that’s a contemporary.

I found the premise very engaging. Armentrout shines a spotlight on child neglect, abuse and post-traumatic syndrome. Mallory had been a foster-child to cruel carers. She finds it hard to talk because she learnt that keeping quiet meant less harm her way. The only way she got through it was because of Rider- another foster-child. He protected and cheered her up when things turned nasty. But an accident forced the two of them to be separated for 4 years. 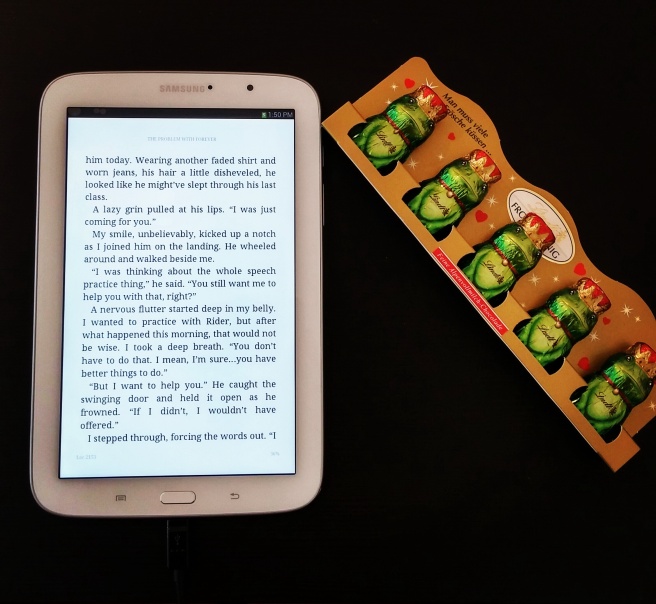 Even when Mallory found loving adoptive parents, and had a few years of therapy and home-schooling, she finds it tough saying one word to a stranger. When she decides to take the plunge and enter high school everything becomes too overwhelming- least of all Rider happens to be there as well. Its been 4 years- is he still the caring friend he once was? Had he too found a loving home and a way to forget the past? It doesn’t help that he is also super hot and dating the prettiest girl there.

Its a beautiful story, if not for some mushy paragraphs, that went on longer than necessary.

Girls will be Girls: Dressing Up, Playing Parts and Daring to Act Differently by Emer O’Toole

Dr. O’Toole claims that gender roles are just that- roles. Before you say hold up, Shakespeare’s Jaques already banged on about that, O’Toole goes into the grits with what happens at the very moment boys and girls are brought into the world and taught to be different. She analyses the struggle between agency (your choice) and structure (society).

This part memoir, part case study is witty with plenty of revealing anecdotes that is in the same vein as How to be a Woman (Caitlin Moran), but less rude and more academic. It did get a bit waffling and joke heavy at times. We also learn a lot of Irish vernacular…

One interesting case goes like this: A boy had lost his father. A few years later when he was in a car accident, he was brought to a hospital where the surgeon exclaimed: ‘I can’t operate on him- he’s my son’. Who is the surgeon?

Apparently, hardly anyone ever says that the surgeon is the mother- most talked about adoptive and return from the dead fathers- including me. There lies O’Toole’s evidence.

What can we do to play around with social construct and essentially drop the act?- dress up as a woman/man once in a while. O’Toole once dressed up as a man on Halloween and felt strangely comfortable and empowered. If you’re a woman- stop shaving. O’Toole has stopped shaving and got a lot of hate for it when she went public. Apparently shaving wasn’t really pushed before WW2, only until Gillette introduced a woman’s shaver, its become the norm. A prefect example of structure vs agency. 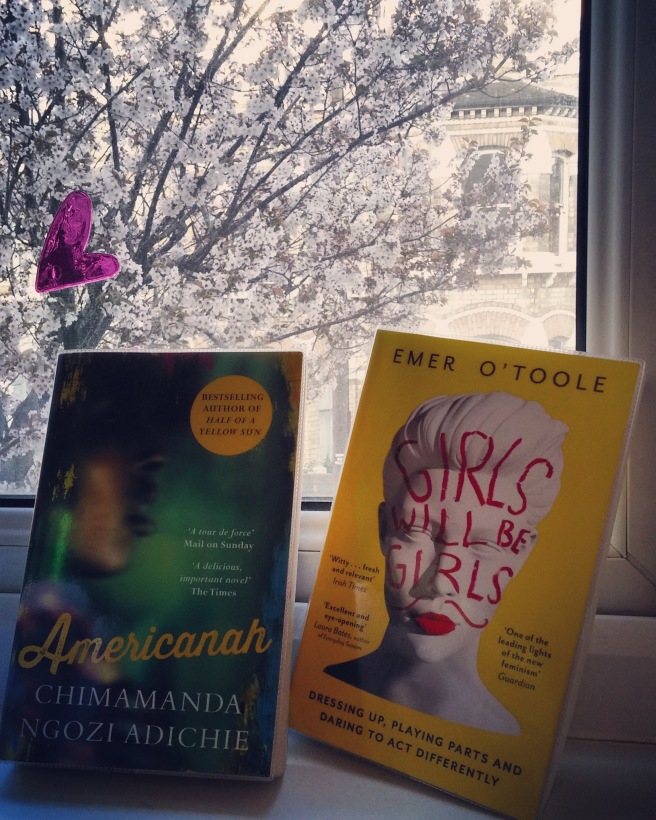 2 thoughts on “Monthly Wrap: His Wicked Wish, Cinder, The Problem with Forever, Girl will be Girls”