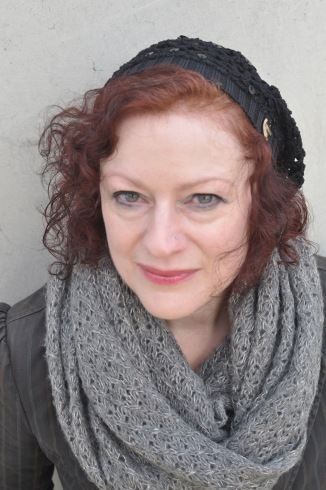 Catherine Law is the bestselling author of Map of Stars, a tear-jerking wartime romance for fans of Kathryn Hughes and Leah Fleming. Her latest novel The Secret Letters was just published last week by Zaffre (review to follow). Set in WW2 England and Communist Prague, it promises another heart-breaking story of love, hope, lies and buried secrets.

When the writing stops…

All writers have been there at some time or another. But what do I do when inspiration fails, when I’m wading through the frustrating and scary depths of dreaded writer’s block? I find that half the battle is recognising that I have it. A fog of general dissatisfaction seems to creep up on me. Symptoms include lack of confidence, very lazy writing, and a tendency to find other things to do, such as cleaning the leaves of a houseplant with a wet wipe and checking in to Buzzfeed to divert a few more of my brain cells away from the path that they are supposed to be taking. Hands up, who feels that the pesky distractions of the internet have become such an annoying and common phenomenon?

When I was writing my first novel, A Season of Leaves back in 2008 (to be re-issued as an e-book on 6 October 2016 with the new title The Secret Letters), I did not have to struggle against these disruptions. I’d never heard of Facebook, WhatsApp, Twitter or Instagram. I got about one email a day. And I did not have all these icons right there on my computer desktop alongside my Word document – I still had dial-up, for goodness sake!

Was my head clearer then? Was writing easier? Did inspiration strike more often? When I think back, I was at a different, much earlier place on my learning curve, my long journey as a writer. And I hope that, over the years, the more I have written, the better I have become, developing my skills all the time. So, despite the interference of the modern digital-age, my creative process remains the same.

But if I realise that I’m plunging into a well of non-creativity, while trying not to panic, I do something else creative, something else that will feed my imagination, often in an unlikely way. Here’s a mini check list that works for me:

It goes without saying that social media is the killer of creativity, so I do try to resist the urge to constantly check it. My best time for writing is very early in the morning, so I set aside a portion of the end of the day for all the emails, posts and tweets that demand my attention, and help to get my work out there.

By the way, I recently downloaded an app that was supposed to block the internet from my computer as and when I wanted it to. But I found it too tricky and time-consuming to use, which was not part of the plan at all. I got so annoyed with it for constantly sending me emails, that it had to go! I’ll just have to stick with good old-fashioned discipline and self-control.

CATHERINE LAW  was born in Harrow, Middlesex in 1965 and has been a journalist for twenty-two years, having trained first as a secretary at the BBC and then attending the London College of Printing. She now works on a glossy interiors magazine and lives in Buckinghamshire.

A truth buried for over forty years.
A love that lasted a lifetime.

Rose Pepper has kept her wartime past a secret for decades. Forty years ago, she fled communist Prague and left behind the love of her life.

Now in her sixties and with two daughters, Rose discovers a bundle of unopened letters sent to her by her lost love, hidden beneath her home. Confronted with the possibility of facing up to her past, she decides it’s finally time to go back to where her story began and uncover the truth buried for so long in Prague . . .