I’ve been sampling a few vintage romances lately because I have been astounded with how they are so violent against women despite being a popular genre for women, see The Sheik (1919) and The Flame and the Flower (1972) as horrific examples.

I’ve read Georgette Heyer before; soft, sentimental regency dramas that have an uncanny knack to charm the reader and remain very much cherished to this day (you only have to walk into any library and see recent reprints taking over the whole book case). I chose Devil’s Cub (1932) because its been heralded as the more violent of the corpus. Apparently its part of a trilogy, but I didn’t notice this at all as the characters were re-introduced.

The story involves an abominably wild rake, Marquis of Vidal, who has earned the nickname ‘Devil’s Cub’ for his speedy chariot driving and ruthless killing of dueling opponents. In the first chapter, he shoots a highwayman and leaves him on the road without a thought. So this murderer plans on abducting the prettiest debutante of the ton to Paris to be his mistress. Unfortunately for him, this pretty, but brainless girl, has a smart older sister, Mary, who impersonates her sibling and goes to meet Vidal. Mary pretends that the trick was her sister’s idea, hopefully putting an end to their relationship and saving her sister from ruin.

Vidal, ever the beast, abducts Mary instead and threatens violence against her if she objects. Once they arrive in France the damage was done and Mary has no choice but to marry Vidal if she wants to return to England with her reputation intact. The alternative is to find employment at a genteel household, which she of course prefers. For some reason, Vidal becomes very possessive of her and refuses to let her leave him. The relationship is far from ideal. At this point, I wasn’t exactly drawn to their ‘romance’. I did warm to Mary, who is your typical plucky ‘plain Jane’ seeing right through Vidal’s hysterics, as well as being dignified and kind.

In the mean time there is added drama with Mary’s mother, who is delighted and persuading Vidal’s mother, a hot headed French woman, that a marriage must happen. Vidal’s mother rushes to France to put an end to the affair, followed by Vidal’s father, a once legendary rake in his day. Vidal and Mary get stickily entangled with another couple, Vidal’s cousin Juliana and her betrothed, who she plans on marrying secretly in France.

Despite the fairly entertaining mess described above, which heightens towards the end in a sword fight, the book is filled with very lengthy dialogues on topics like the rules of card games and social positions. Vidal and Mary have very few interactions, and most of them abusive on the side of Vidal except for the one occasion Mary draws a pistol, so I am not entirely sure how they fall in love. However, for some reason Heyer pulls off a satisfying ending which might have resulted from a balance between still dialogue and dangerous scenes. 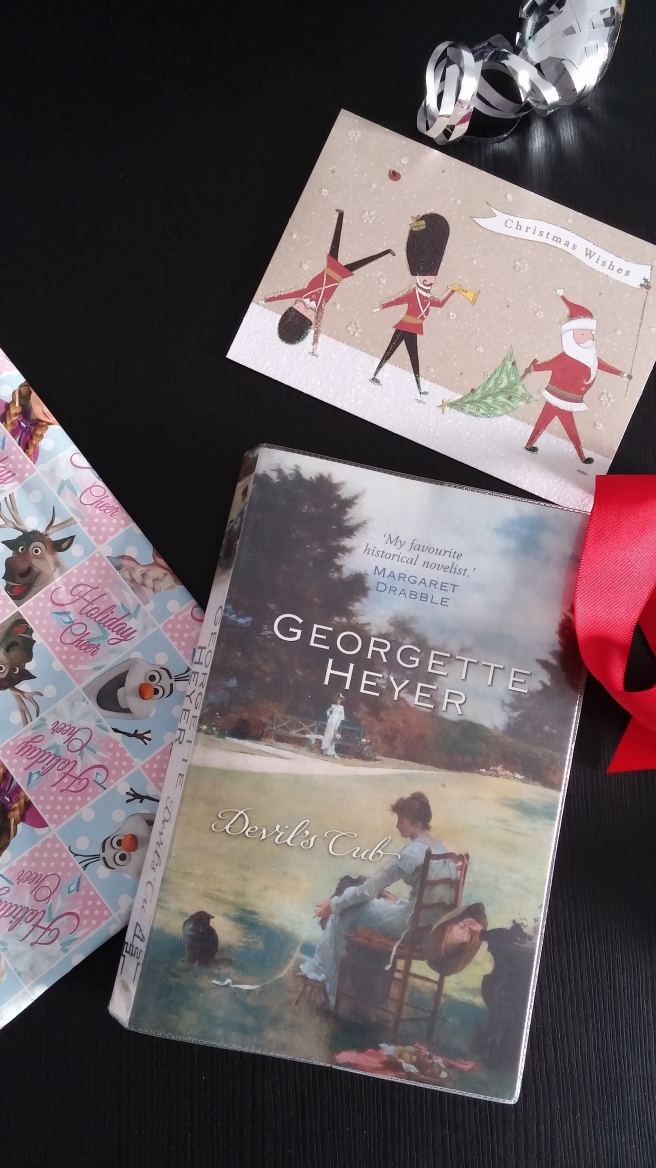